Balkans discovery tour with an emphasis on Jewish heritage 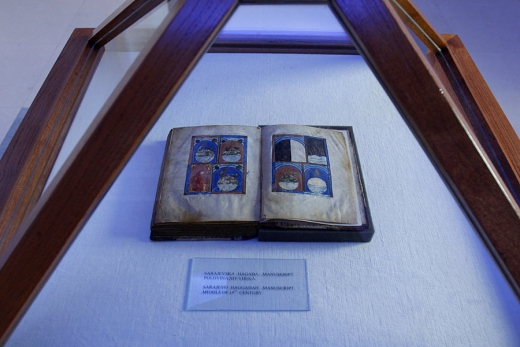 Traveling to three countries of the Balkan Region -- Croatia, Bosnia and Herzegovina and Montenegro -- introduces you to the area’s tumultuous history and impressive culture, and to the very important role the Jewish community played in some of the main centers of the Balkans. Enjoy the centuries’ old synagogues in Zagreb, Split, Dubrovnik and Sarajevo, whilst learning of the prominent roles held by the Jewish people throughout our history. Meet the members of existing communities and learn of their current activities and everyday life. In between, enjoy spectacular nature, UNESCO listed sites and ultimate relaxation in some of the finest establishments in South Eastern Europe.

The suggested itinerary starts at 4000 EUR per person.
The final price of this custom tour depends on your group size, dates, final route and preferred level of comfort. 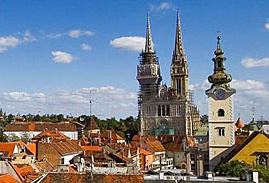 Day 1
Arrival
Private transfer from Zagreb airport to one of Croatia's most iconic hotels located in the very heart of Zagreb: perfectly located for exploring the treasures of this truly central European city! From its historic Upper Town to the bustling main square of Ban Jelačić and trams on Ilica street, rest assured Zagreb will enchant you. 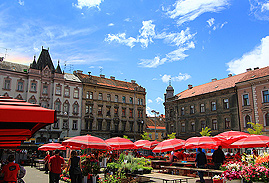 Day 2
Jewish heritage tour of Zagreb
Your guide will meet you at your hotel for a walking tour of Zagreb. Explore the Jewish sites and the site of a synagogue destroyed in 1941. Learn of the great influence Jews had on the modern day Croatia, but also on the tragic destiny of many in the WW2. After your walking tour, enjoy the afternoon at leisure. 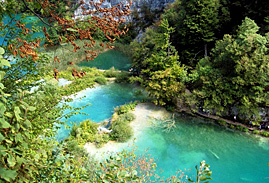 Day 3
Magic of Plitvice Lakes National Park
Continue your journey south but first stop by one of Europe's most stunning natural wonders. Plitvice lakes leave no one indifferent: the mesmerizing beauty of 16 turquoise lakes combined with hundreds of waterfalls is a very unique natural spectacle. Reach the largest city in Dalmatia, Split, in the afternoon hours. 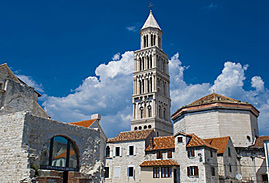 Day 4
Jewish community of Split
Morning is reserved for enjoying a very special walking tour of Split. Visit all the important sights of the Diocletian's Palace, but also meet members of the local Jewish community and visit the ancient Jewish cemetery on Marjan Hill. After your tour, enjoy a relaxed afternoon exploring Split. 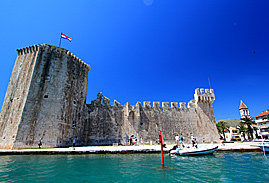 Day 5
Salona & Trogir
Learn more on the history of the region by visiting two important historic sites just a short drive away from Split. Salona, the capital of Roman Dalmatia and UNESCO listed Trogir make a great day trip for history and culture lovers! Enjoy the afternoon at leisure. 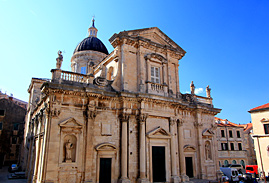 Day 6
Dubrovnik Old Town
Morning departure south, to the timeless Dubrovnik. After check in to your hotel, your guide will meet you for an afternoon Jewish tour of Dubrovnik and a visit to the second oldest Synagogue still in operation in Europe. Our special, Jewish guide will give you great insight into classic and modern day life in Dubrovnik! 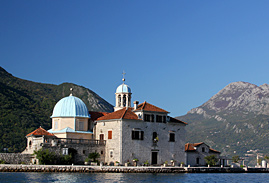 Day 7
Montenegro
This special journey continues by visiting the stunningly beautiful Boka Bay and the very historic church of Our Lady of the Rocks, built on an artificial island made up of rocks thrown to the site by sailors! The stunning UNESCO gem of Kotor is a place of very special beauty. Return to Dubrovnik late in the afternoon. 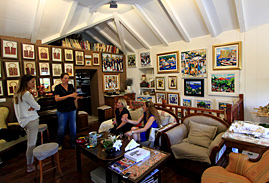 Day 8
Silk making presentation
Dubrovnik area still preserves many treasures. It is all about passionate and very special individuals dedicated to holding onto the traditions of the past. One of such traditions is an ancient tradition of silk making which, combined with the beauty of Konavle region, makes for a very special experience. Last evening in Dubrovnik! 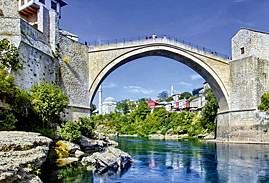 Day 9
Mostar
It is time to head inland: to the mystical hillside of Hercegovina and the endless mountains of Bosnia. But your first stop is in the very special town of Mostar, to see its Old Bridge, a masterpiece of classic Turkish architecture. Arrival to Sarajevo is planned in late afternoon. 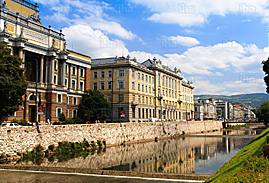 Day 10
Jewish history of Sarajevo
Sarajevo is a unique place in Europe. Often called the Jerusalem of Europe, it is a meeting place of Orthodox and Catholic Christianity, Islam and Judaism that sustained here for centuries. The walking tour provides insight into many cultural and historical aspects of this beautiful city, but also the most recent war and post-war period. 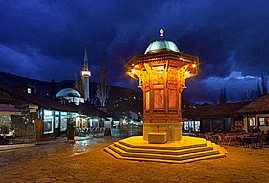 Day 11
Departure
Your chauffeur will meet you at your hotel in time for airport procedures for your flight out of Sarajevo International Airport. Doviđenja - until we see each other again!

The Jewish culture is deeply embedded in the Croatian history and many of our guests come here to explore and learn more about their heritage. While the proposed itinerary provides an overview of other heritage in the region, your journey can be tailored to include Jewish heritage only or be combined with any other sites you wish to see while in Croatia and the neighboring region.

Arrive to Croatia’s vibrant capital Zagreb and enjoy a relaxing day as you settle in the central and very much iconic Hotel Esplanade 5*. Enjoy a private guided tour of Zagreb’s city center in the morning of the next day, learning of the local Jewish community and its distinct individuals. As you head down to the coast, stop to tour Croatia's famous National Park Plitvice Lakes with a private guide. These 16 cascading lakes with stunning waterfalls are enlisted as UNESCO World Heritage.
The largest Dalmatian town, Split, is your first stop on the Adriatic coast. Its historic center – the Diocletian’s Palace-- is also under UNESCO, and you will explore it with a private tour guide, learning especially of the abundant Jewish heritage. Visit the synagogue and the Jewish cemetery, and meet members of the local Jewish community. The day after, explore the remains of Salona, the capital of the historical Roman province of Dalmatia and another UNESCO listed jewel, the town of Trogir, where you will enjoy a home-style lunch in a 13th century palace which is the home of Tatjana Ciciliani, one of Croatia's favorite home chefs.
Then, your private chauffer will drive you to the far south of Croatia and the UNESCO listed Dubrovnik Old Town. With a private guide, explore its culture and architecture, learning of the significant role that its small, but mighty Jewish community played in its history as an independent Republic. A visit to the second oldest European synagogue still in operation today highlights your private tour. Over the next two days, take a day trip to the neighboring country of Montenegro, before spending a day immersing in the traditions of Croatia’s furthest south - Cavtat and the Konavle valley, known especially for unique national costumes.
Conclude your travels visiting the third country on this Balkans exploration journey, Bosnia and Herzegovina. En route to the capital of Sarajevo, stop in Mostar, the town known for its UNESCO listed bridge, spanning the river Neretva and connecting the Catholic and the Muslim parts of the town. During your days in Sarajevo, learn why it is often referred to as the 'Jerusalem of Europe', and enjoy visiting both its old and new synagogues, before departing from Sarajevo International Airport on day 11.

The hotels selected for this tour each contribute a new dimension to your cultural journey in the region. From sophisticated Esplanade, built in the early 20th century to Palace Judita, displaying centuries across its facades, and luxurious Villa Dubrovnik, former Yugoslav army generals’ residence, enjoy their stories narrated in splendid interiors and deluxe ambiance. 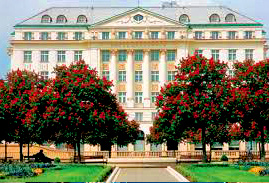 Hotel Esplanade 5*, Zagreb
Housed in an elegant and distinguished building originally built in 1925 and designed to accommodate passengers from the Orient Express, the Esplanade Hotel is known for its impeccable service and luxurious accommodations. Esplanade is one of the finest hotels in the region and has received numerous awards for the consistent quality. 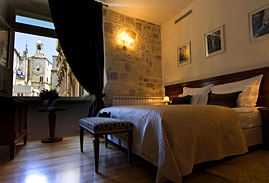 Hotel Judita Palace 4*, Split
Judita is a hotel for lovers of culture: the facades of this extensive four-story building display the fundamental historical and cultural periods of medieval and modern Europe. Look for Romanesque and Gothic details on the eastern elevation and enjoy the Renaissance splendour on the northern elevation, facing Split’s lively Pjaca. You enter this spacious patrician home through the internal court, with an old wellhead still present and from the hotel balcony, guests of Judita Palace can enjoy views of Pjaca, always interesting and never the same. 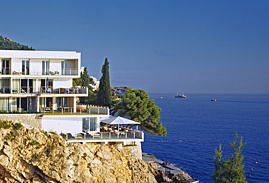 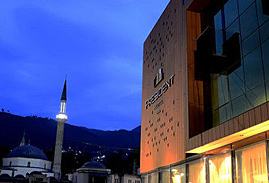